skip to main | skip to sidebar

Hi everyone. I'm back after doing some projects around the world and would like to ask again for anyone who's got my 'OTs John Peel mixtapes' to seed them again. Why? Well, my external hard disk that had all my music on has now died and I don't think I ever got the whole set again. My other request for this is a bit lower down the page so please, if you have them, I'd be very grateful.
Posted by Blog Author at 12:49 No comments:

A few links for you

This is my last post for a while as I'll be off doing some voluntary projects around the world.
These haven't been uploaded by me but are ones that I was glad to find.

The Jackofficers - Digital Dump is a weird album from Gibby Haines (Butthole Surfers and Al Jourgensen (Ministry, etc.). It's more electronic/ industrial that the BS's stuff but I think it's weirdness makes it an interesting listen.

The Becketts' 'Lust' EP is a good selection of indie rock. I posted one of their songs before and if you like British indie from around 1990, this is for you.

Here are two Ultra Vivid Scene albums: Joy was their 2nd album and Rev their 3rd and last.

The Blake Babies' Earwig is Julianna Hatfield's band. This is from 1989 (indie pop).

And lastly, the Loveblobs' Prehistoric Extraction is a compilation of their two EPs (indie rock).

I would also like to inform you of my books (ebooks) that I have on sale on Amazon. There is a work of fiction, a Spanish for beginners book, a children's story and my biggest work which is a new system of government.
Here is the link to the list for the UK
And on Amazon.com

So, all the best, I might not post on here again.
Posted by Blog Author at 17:27 No comments:

From Irishrock.org, "Wonderful indie pop band formed in early 1989 by the three Finnegan brothers, evolving from an their earlier band called The Nobody’s. Another brother James Finnegan managed them and footed the bill for the recording and the first pressing of 250 copies of their debut single, released through Danceline Records. This single was famously championed by John Peel. It is more easily found as the UK pressing on Decoy. 17 year old singer Jilie McDonnell left the band shortly afterwards, replaced by Eileen Gogan. The band reformed in 2000 with a new singer Karen Cunningham."

I took notice of them as I thought it was amazing that a band that sounded this good could have such a young singer. I was only a couple of years older myself, at the time. Their stuff is hard to get now but I've got their singles compilation (Silly Songs for Cynical People) and Peel session (4 songs) which altogether make for a great 12 track album.

Hi. Just a note to say I've put a concert on one of my other blogs, which I have posted on for ages. Click here to see it.
I don't know if any of you responded to my last post, but if you did, thanks for seeding part 2 of my mixtapes. I still don't have part 1, so please seed if you have it. Thanks a lot.
Posted by Blog Author at 15:18 No comments:

You may have seen that I deleted my disc with all my music on. I have now realised that I didn't back up my OT's John Peel mixtapes - volumes 1 and 2. If any of you have them, can you please seed them again as I put so much time into making those files and it is very sad to feel that I've lost them all again.
If you can help me with this, thanks a lot.
Posted by Blog Author at 23:26 No comments:

This was a band, that, in my opinion, were very underrated. I have loved them since the first day I heard them but they only lasted two albums. Fortunately, for those of us who liked them, they released many other songs on their singles but they are impossible to buy now.
But, I've made a compilation of all the singles from the We Are Puppets album, which totals 15 songs. They have all the A and B sides of Shining in the Wood, Race, On the Rose and My Puppet Pal. So, it's like an extra album.
If anyone wants, I can upload the singles from the second album, too.
Download part 1 here
and here's the band performing My Puppet Pal live on TV.

I feel like posting stuff on here again. Mainly because I have some stuff that isn't on sale anywhere or otherwise available and I feel it is my responsibility to share it.
So, following my Family Cat post recently, I told you I'd lost some of my music. I got some of it back from the link I gave you put their Peel sessions are very hard to find now. I have two of the three that they recorded (the first two) and a couple of extra tracks.
I'll leave it you you to find out what they are but there 10 songs altogether, including one song that was never released. There is an info text in the zip file, too.
So, click here to get it.
If anyone has their third Peel session, it would be great if you could upload it or send it to me and I can post it here as well. Thanks.
Posted by Blog Author at 22:03 2 comments:

Even though I added the link to this site in the links panel, I would like to put it here to be more noticeable.
It is for the site "The Hypothetical Government", which is about a new system of government. I think we can all agree that in the current times, we need something different than the 'old politics' and this offers something not far short of a revolution. There is also an ebook of it on Amazon, so I hope you are interested in taking a look.
Click to visit the site

Just so there is some music for you, here is a folder I put together for a friend a while back with a selection of Rare Indie Classics' songs. I can't remember what's on there now so I hope you enjoy the surprise!
Posted by Blog Author at 17:24 No comments:

Whatever happened to The Family Cat?

Sounds like a Grandaddy reference but it's actually about the above-mentioned band.
It's very hard to find their stuff these days but after buying some stuff online and tracking down songs that other peole have uploaded, I've put together an almost-discography but I know there are many other people out there who'd like to hear their old stuff again.
EDIT - I accidentally deleted all my music off my hard disk when I reformatted the wrong one! Luckily, I had most of it backed up on CDs but not the Family Cat stuff! So, instead, here is the link so that you can download most of their releases yourselves. It's all on rap1dsh4re and medi4fir3 so it'll take a while to get it all (an hour or so) but at least you won't miss out. 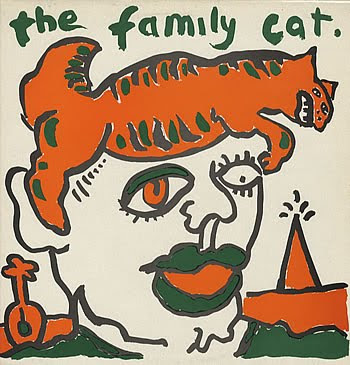 PS. I know I'd quit this blog a while back but this is too much to keep to myself.
Posted by Blog Author at 18:08 4 comments:

This is the preview of my 2nd album which is now available on iTunes, Amazon and lots of other music sites. More indie-rock than the first, this is mostly made up of older songs of mine, including some studio recordings when we recorded 2 demos. 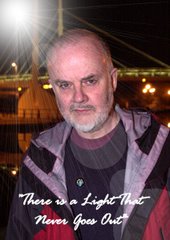 We will never forget you

Most of the songs here are more than 10 years old and didn't sell many copies when they were released. If you have an issue about whether they should be allowed to be downloaded, think about the fact that no money is being made from them here, they are linked to because I think they shouldn't have got lost in time and that people may be hearing them for the first time here. However, if the song is being released in some way and you are currently earning revenue from this particular version then email me with proof and I'll remove it. If you can't give me a good reason why they should be removed (and I'm talking ethically and morally here) then please just let them be.